FLEX-6500 for the Advanced Amateur 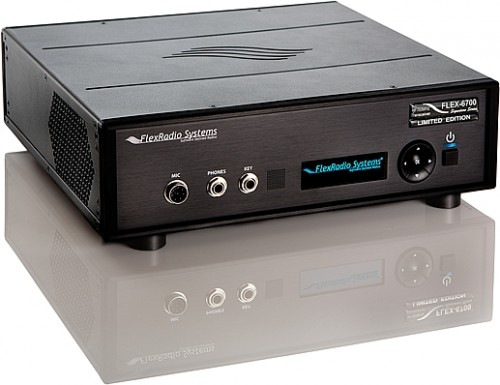 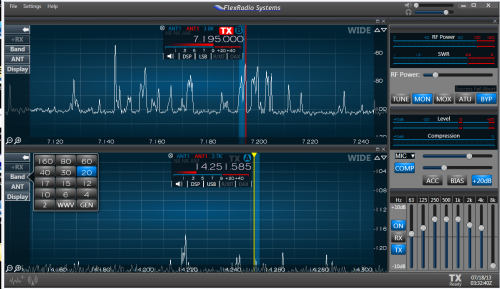 The FLEX-6500™ is for the advanced operator who desires extended performance across four slice receivers. Offering four panadapter and waterfall displays, the FLEX-6500 lets you see the action on up to four bands at once. Contest grade preselectors, integrated antenna tuner and optional GPSDO makes the FLEX-6500 the perfect radio for the serious DXer or contesting.

The Kenwood® TS-990S featuring a dual TFT display and dual receiver covers the HF amateur bands plus 6 meters. It also features narrow-band roofing filters on the main receiver in a full down-conversion configuration. The TS-990S achieves the highest basic reception performance of any radio in the TS series, through the careful selection of circuits, components and accelerating analysis using triple DSP configuration. RF power is adjustable from 2 to 200 watts. This radio features a built-in automatic antenna tuner and built in AC power supply. It has a serial port, USB ports and Ethernet port. 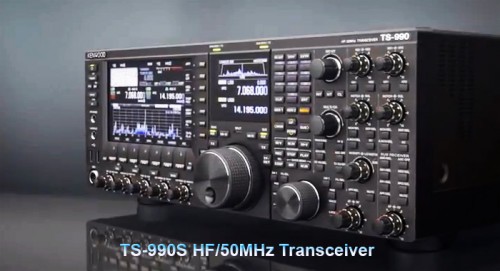 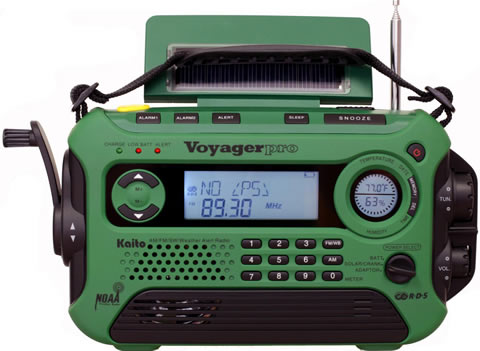 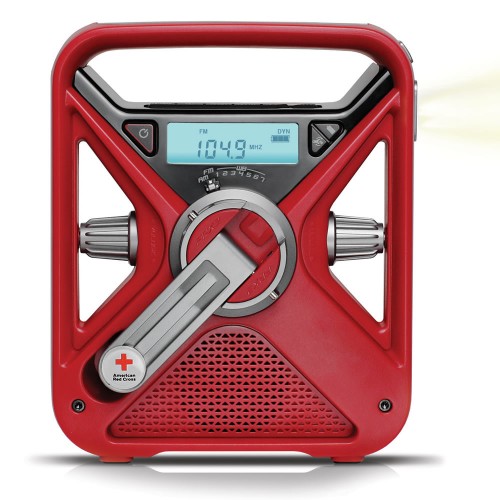 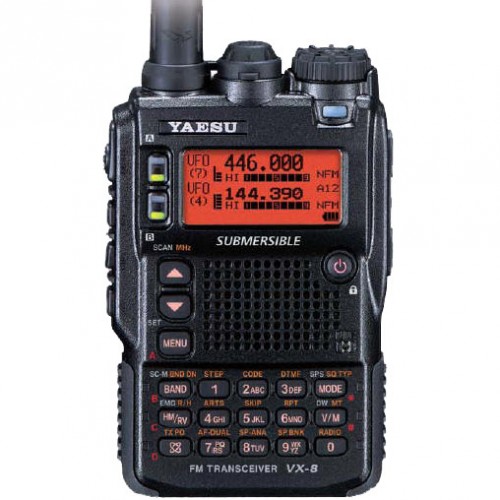 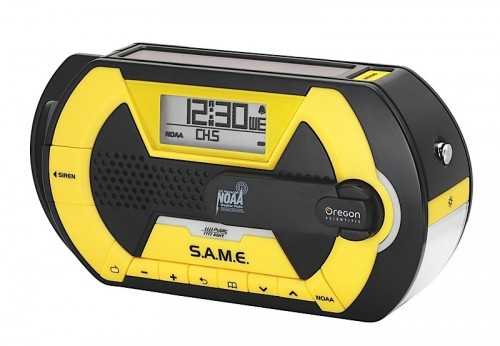 Most of the time when you are in an emergency situation you have no link to the outside world. You don’t know if it’s just your immediate area that’s been hit, cell phones don’t work and you can’t get any directions from civil authorities. You won’t know where to go for help unless you have some contact with the outside world. If the power goes out and you need to evacuate, will you even know what to do or where to go without outside communication? It’s hard to believe but even today the most reliable form of communication is a radio!

Radios have been the main source of information in times of crisis because the radio waves are consistent and do not require the kind of power that other communication sources do. Emergency radios can provide you with the information you need to make the best choices for yourself and your family. In many cases, a radio may also be your only source of entertainment. During stressful times, music and radio talk shows can provide a outlet for your family that will help relieve stress and keep your mind off of the situation at hand.

You need to have as part of your emergency preparedness kits a hand crank/solar powered radio. These radios generate their own electricity by simply using a crank or the energy from the sun to power them. People have often learned the hard way that sometimes you just don’t always have fresh batteries for your radio. When it’s your only link to the outside world, these batteries are going to burn out quickly. Having a radio that you do not have to worry about supplying with power can save your life.

Many of these radios can have regular alkaline batteries and electrical AC/DC adapters to augment them as a power source and for charging the built-in (NiMH) rechargeable battery pack. Likewise they will have alternative lighting options built- in such as flashlights. AM/FM radios are fairly standard, but a more complete package will also include shortwave and NOAA capability.

Shortwave radio is a method of enabling world-wide transmission and reception of information. A shortwave radio can receive radio transmission on frequencies between 3 and 30 MHz. It is part of the area on your dial between the AM and FM bands. The main characteristic of these frequencies is their ability to travel long distances as they are reflected back to Earth from the ionosphere. This allows communication around the curve of the Earth making possible world-wide communications. You can hear news and other programs from a wide range of sources, and get emergency information by listening to amateur radio broadcasts from ham operators around the world. Many countries broadcast to the world in English, making it easier to find out what a given country’s position is on things that it finds important.

A weather alert radio has features that can be set to automatically receive NWR warnings. NOAA stands for the National Oceanic and Atmospheric Administration, and is part of the U.S. Department of Commerce. NOAA Weather Radio broadcasts National Weather Service warnings, watches and forecasts 24 hours a day. It’s an all hazards network that also broadcasts alerts of non-weather emergencies such as national security, natural, environmental, and public safety. NOAA Weather Radio All Hazards transmitters broadcast on one of seven VHF frequencies from 162.400 MHz to 162.550 MHz. These broadcasts cannot be heard on a simple AM/FM radio receiver.

The Kaito KA500 and the Midland ER102 are two of the best emergency survival radios on the market today and have all the features that you need in an emergency situation.

At Get Real Essentials we have a wide selection of outdoor, security and disaster preparedness items. We are more than a product site, it is a solutions site. It’s your home for Emergency Preparedness. Stay prepared for anything with high quality products from http://www.getrealessentials.com, where we put your needs in life as our #1 concern. Being Prepared, It Just Makes Good Sense!

Get more informative articles on our blog at http://www.getrealessentials.com/blog.asp. Worth checking out today.

The concept of SSTV was introduced by Copthorne Macdonald [1] in 1957–1958.[2] He developed the first SSTV system using an electrostatic monitor and a vidicon tube. In those days it seemed sufficient to use 120 lines and about 120 pixels per line to transmit a black-and-white still picture within a 3 kHz phone channel. First live tests were performed on the 11 Meter ham band – which was later given to the CB service in the US. In the 1970s, two forms of paper printout receivers were invented by hams.

Astronaut Gordon Cooper, SSTV broadcast from Faith 7
SSTV was used to transmit images of the far side of the Moon from Luna 3.[3]

The first space television system was called Seliger-Tral-D and was used aboard Vostok. Vostok was based on an earlier videophone project which used two cameras, with persistent LI-23 iconoscope tubes. Its output was 10 frames per second at 100 lines per frame video signal.
The Seliger system was tested during the 1960 launches of the Vostok capsule, including Sputnik 5, containing the space dogs Belka and Strelka, whose images are often mistaken for the dog Laika and the 1961 flight of Yuri Gagarin, the first man in space on Vostok 1.
Vostok 2 and thereafter used an improved 400-line television system referred to as Topaz.
A second generation system (Krechet, incorporating docking views, overlay of docking data, etc.) was introduced after 1975.

A similar concept, also named SSTV, was used on Faith 7 as well as on the early years of the NASA Apollo program. The Faith 7 camera transmitted one frame every two seconds.

NASA slow scan image from the Moon.
The Apollo TV cameras used SSTV to transmit images from inside Apollo 7, Apollo 8, and Apollo 9, as well as the Apollo 11 Lunar Module television from the Moon. NASA had taken all the original tapes and erased them for use on subsequent missions; however, the Apollo 11 Tape Search and Restoration Team formed in 2003 tracked down the highest quality footage among the converted recordings of the first broadcast, pieced together the best footage, then contracted a specialist film restoration company to enhance the degraded black-and-white film and convert it into digital format for archival records.[4]
The SSTV system used in NASA’s early Apollo missions transferred ten frames per second with a resolution of 320 frame lines using less bandwidth than a normal TV transmission.
The early SSTV systems used by NASA differ significantly from the SSTV systems currently in use by amateur radio enthusiasts today.

Commercial systems started appearing in the United States in 1970, after the FCC had legalized the use of SSTV for advanced level amateur radio operators in 1968.

SSTV originally required quite a bit of specialized equipment. Usually there was a scanner or camera, a modem to create and receive the characteristic audio howl, and a cathode ray tube from a surplus radar set. The special cathode ray tube would have “long persistence” phosphors that would keep a picture visible for about ten seconds.

A modern system, having gained ground since the early 1990s, uses a personal computer and special software in place of much of the custom equipment. The sound card of a PC, with special processing software, acts as a modem. The computer screen provides the output. A small digital camera or digital photos provide the input.

SSTV uses analogue frequency modulation, in which every different value of brightness in the image gets a different audio frequency. In other words, the signal frequency shifts up or down to designate brighter or darker pixels, respectively. Color is achieved by sending the brightness of each color component (usually red, green and blue) separately. This signal can be fed into an SSB transmitter, which in part modulates the carrier wave.

There are a number of different modes of transmission, but the most common ones are Martin M1 (popular in Europe) and Scottie S1 (used mostly in the USA).[5] Using one of these, an image transfer takes 114 (M1) or 110 (S1) seconds. Some black and white modes take only 8 seconds to transfer an image.

A calibration header is sent before the image. It consists of a 300-millisecond leader tone at 1900 Hz, a 10 ms break at 1200 Hz, another 300-millisecond leader tone at 1900 Hz, followed by a digital VIS (vertical interval signaling) code, identifying the transmission mode used. The VIS consists of bits of 30 milliseconds in length. The code starts with a start bit at 1200 Hz, followed by 7 data bits (LSB first; 1100 Hz for 1, 1300 Hz for 0). An even parity bit follows, then a stop bit at 1200 Hz. For example, the bits corresponding the decimal numbers 44 or 32 imply that the mode is Martin M1, whereas the number 60 represents Scottie S1.

Scanlines
Slow scan Test card
A transmission consists of horizontal lines, scanned from left to right. The color components are sent separately one line after another. The color encoding and order of transmission can vary between modes. Most modes use an RGB color model; some modes are black-and-white, with only one channel being sent; other modes use a YC color model, which consists of luminance (Y) and chrominance (R-Y and B-Y). The modulating frequency changes between 1500 and 2300 Hz, corresponding to the intensity (brightness) of the color component. The modulation is analogue, so even though the horizontal resolution is often defined as 256 or 320 pixels, they can be sampled using any rate. The image aspect ratio is conventionally 4:3. Lines usually end in a 1200 Hz horizontal synchronization pulse of 5 milliseconds (after all color components of the line have been sent); in some modes, the synchronization pulse lies in the middle of the line.

Below is a table of some of the most common SSTV modes and their differences.[5] These modes share many properties, such as synchronization and/or frequencies and grey/color level correspondence. Their main difference is the image quality, which is proportional to the time taken to transfer the image and in the case of the AVT modes, related to synchronous data transmission methods and noise resistance conferred by the use of interlace.